Amsterdam is filled with magnificent architecture, but the structures often outlive their intended use. That's when the Dutch get creative. Here are just a few of our favourite places that have been repurposed with excellent results.

Standing on Dam Square, the Royal Palace might be the city’s most famous repurposed building. Designed by Jacob van Campen, and built between 1648 and 1665, it first served as Amsterdam’s city hall and was briefly the official residence of Napoleon’s younger brother in the 1800s. Nowadays, the palace hosts exhibitions and welcomes visitors. When you pass by, look for the weathervane on the central tower, which takes the form of a golden ship – a symbol of the capital’s seafaring past.

Built in 1880, this majestic church on the Weteringschans was used by worshippers until 1965. In 1967, after standing empty for two years , the building was turned into a squat by hippies who wanted to transform it into a cultural centre. They christened it the 'cosmisch ontspannings centrum Paradiso' (cosmic relaxation centre Paradiso) and opened its doors to the public in 1968. In 1982, it became a proper venue and started hosting big name concerts and events.

Originally a large sugar refinery, the Melkweg was constructed near Amsterdam's Leidseplein in the 18th century. In 1920, the company behind it declared bankruptcy and part of the factory was sold to a business that used the building to store and distribute fresh milk. In 1970, a theatre group transformed the space into a meeting place and performance venue. With a nod to its creamy past, it was dubbed the Melkweg (Milky Way) and became instantly popular with locals and visitors. Over the years, it has expanded to include multiple stages, a cinema, an exhibition space and a restaurant.

Amsterdam’s National Maritime Museum is located in the former arsenal of the Dutch navy. Designed by Daniël Stalpaert around 1656, it served as a warehouse for cannons, sails, flags and other goods. In 1973, it opened to the public and focused on the Netherlands storied relationship with the sea. From 2009 to 2011, it underwent a major facelift and received a stunning new glass and metal roof. Docked next to the museum is a replica of an old sailing ship that belonged to the Dutch East India Company and sank in the winter of 1749 – be sure to check it out.

Originally part of Amsterdam's shipyards, the Faralda Crane Hotel is located in a 50-metre-high crane that rises above the city. It only has three suites, but each one is lavishly decorated and offers amazing views of the IJ and the industrial landscape of Amsterdam Noord. If you're feeling brave, ask the hotel staff about bungee jumping from the top of the tower.

In 1680, a wealthy merchant left his fortune to the Deanery of Amsterdam, which used part of this inheritance to create the Amstelhof, a home for elderly women. By 2007, all the residents had moved to more modern facilities and the building went through extensive renovations. It reopened in 2009 as the Hermitage Amsterdam, an offshoot of the acclaimed State Hermitage Museum in St. Petersburg. Many elements have been preserved to remind visitors of the location’s former purpose, including the kitchen, which feels like it’s from a different time.

In 1824, King Willem I set up the Nederlandsche Handel Maatschappij (Dutch Trading Company) to boost the struggling economy. This beautiful building was commissioned to serve as its head office and was completed in 1926. Though originally focused on trading colonial products, the organisation turned its attention to finance over time and evolved into Dutch bank ABN AMRO. In 1999, the bank was relocated and the City of Amsterdam purchased and renovated De Bazel. It reopened in 2007 as the new home of the Amsterdam City Archives, a museum focused on the preservation of the city’s documents and history.

A grand post office opened on the Nieuwezijds Voorburgwal in 1899, designed  with neo-Gothic influences by C.H. Peters. It served as both a general post office and the administrative headquarters for PTT, the national post, telegraph and telecom company. In 1987, PTT announced its departure and by 1991, plans were in place to turn the building into a luxury shopping centre. The new owners made extensive renovations, carefully preserving original design elements. On 27 August 1992, Magna Plaza opened its doors to shoppers and it now features a large food court where you can find tacos, dim sum, sushi and more.

Sitting in the middle of bustling Nieuwmarkt square, De Waag resembles a tiny castle and was part of the original city walls that surrounded Amsterdam. Since it was built in the 15th century, it has been used as a guildhall, fire station, museum and an operating theatre – Rembrandt’s famous painting The Anatomy Lesson of Dr. Nicolaes Tulp is set within its storied walls. De Waag is now home to a café and the Waag Society, which is dedicated to art, culture and technology.

Built in the 1970s and designed by architect Arthur Staal, A'DAM LOOKOUT originally served as a office space for Royal Dutch Shell, providing some lucky workers with breath-taking views of the city until 2009. After an extensive facelift, it began welcoming visitors to gaze at Amsterdam from its 360-degree sky deck, which includes a swing that reaches out over the edge. If you want something a little less intense, relax in the bar or enjoy a three-course dinner at the on-site restaurant Moon as you gaze at the horizon.

In 1885, the Imperial Continental Gas Association built a gasworks in Amsterdam West, but it departed in 1967, leaving the grounds and structures abandoned and in disrepair. In 1992, the buildings were temporarily used for cultural activities. It proved to be a successful approach, and the city decided to turn the former gasworks into a park and culture centre. The Westergas opened in September 2003 and is now a vibrant meeting place filled with restaurants, cafés, a cinema and creative companies. It is also home to many festivals and programmes each year.

Looking for more fascinating stories behind Amsterdam’s most impressive buildings? Many of the city’s grandest canal houses have been repurposed as museums, and a number of Amsterdam’s most unusual hotels also started life as something else. For even more tips, stop by ARCAM and get the inside scoop from the city’s architectural experts. 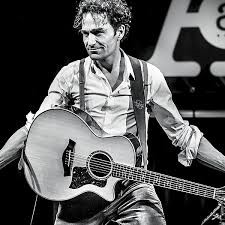 Dozens of green paradises are hidden between the houses in Amsterdam West. Beautiful picking gardens, fragrant flower gardens and ... There’s always a sense of excitement when you’re watching a movie or TV show and somewhere familiar pops up. And as Amsterdam is such a unique and vis...
Read more

Windmills are an iconic part of the Dutch landscape, and a visit to one is a must for visitors to the Netherlands. And with eight windmills located in...
Read more

From the narrowest house in the world to a house with many heads, there are many weird and wonderful buildings to explore in Amsterdam. Read on to fin...
Read more

Once homes for the wealthy, many canal houses are now open as museums, offices and hotels. In 2010, Amsterdam’s picturesque canal district was added t...
Read more

With its maze of criss-crossing canals, it is no wonder Amsterdam has so many picturesque bridges adding to its lovely cityscape. With more than 1,200...
Read more Round trip by horse-drawn carriage through the centre set out by Karos or the customer, without restrictions, provided that the st...
Read more

Experience Amsterdam from the water with this zenned-out video that coasts through the city's picturesque waterways, passing some of its most beautifu...
Read more