Things to see in The Hague

As one of the Netherlands’ most historic cities, The Hague has no shortage of sights to see and places to visit.

Things to see in The Hague: top sights and places to visit

History buffs can delve into The Hague’s rich history and charm at the Binnenhof, or explore the city centre and marvel at the magnificent medieval buildings. After that why not take some time to stroll the beaches of Scheveningen and take in some fresh sea air. Whatever your interests, there’s plenty of amazing new experiences to enjoy when you visit The Hague.

While the Netherlands is known for its medieval architecture, one of the most important sights in The Hague is relatively new: the Peace Palace. A centre for international law and justice, the Peace Palace is the perfect place to celebrate peace and admire amazing architecture. Visitors can tour the palace on a number of weekends throughout the year, and the Visitors Centre’s exhibition is open all-year round.

At Madurodam, you can tour the Netherlands in one afternoon. The theme park has shrunk the country’s most admired attractions to dollhouse-sized miniatures. It’s also thoroughly interactive: kids can man the Delta Works network of dams, sluices, locks, dykes, levees and storm surge barriers, create electrical energy from wind or learn more about trains. Madurodam is not just for youngsters – with scale models of architectural wonders such as Utrecht’s Rietveld Schröder House or Gouda’s town hall, everyone can find something to enjoy.

As the King’s working palace, the Noordeinde Palace is certainly regal — but it wasn’t always so, as the building was first built as a medieval farmhouse, which was converted into a private residence in the 16th century. It changed hands (and appearance) many times over the years, resulting in the impressive sight it is today. Visitors can roam the gardens for free, and tours inside the palace have recently started to be allowed, though only in the summer months.

People might not expect the coast of the Netherlands to feature beautiful beaches, so a trip to Scheveningen will be a surprise to first-time visitors, but Scheveningen’s coastline is certainly spectacular. Scheveningen itself encompasses a large inland portion of The Hague, including lush forests and Madurodam, but it is the beaches that get the attention. The pier is where you’ll find most of the action: featuring markets offering artisanal and handmade goods, special events, rides, and plenty of places to shop and eat.

Combine a love of nature and a love of art with a visit to the Panorama Mesdag, the oldest panorama – or cylindrical painting – still on display in its original location. Painted by Hendrik Willem Mesdag, the panorama depicts a 360-degree view of the sea, dunes and village of Scheveningen in the 19th century. With faux-terrain surrounding the base of the panorama, you’ll almost believe you’ve travelled back in time.

A trip to The Hague is not complete without a visit to the Binnenhof, the famous medieval building complex which houses the Dutch parliament. The Binnenhof includes several notable sights, including the Ridderzaal — the 13th-century manor that now serves as a royal meeting place — and Hofvijver, a large pond from where The Hague grew into the city it is today.

The Hague is a long way from Japan, but that hasn’t stopped the city being home to one of the most beautiful Japanese gardens in the world. First built in the early 20th century by Lady Daisy, owner of the Clingendael estate where the garden is located, the small bridges, lanterns, pavilion and several plants were brought back from one of her many journeys to Japan. If you do want to visit bear in mind the garden is only open during two short periods in the spring and autumn.

This L-shaped street, lined with leafy linden trees planted by Emperor Charles V, is one of The Hague’s most historic streets. Centuries ago it was the choice place to live for statesmen and nobles; now, it’s where visitors go to gaze at the stately homes, attend world-famous events and festivals, explore its many markets and rub shoulders with the locals.

Sightseeing in The Hague works up an appetite — so head over to the Plein, the famous town square right next to the Binnenhof. A statue of William of Orange is the square’s centrepiece, and it’s surrounded by dozens of lunch spots, cafés and restaurants that are frequented by government officials and residents. Be sure to stay after sundown, when the clubs turn down the lights and turn up the music.

You won’t see many towering skyscrapers in The Hague, but The Hague Tower is not just The Hague’s tallest building, but one of the tallest buildings in the Netherlands. Modelled after the Flatiron Building in New York City, the building is an imposing sight, with gleaming windows reflecting the sunlight. The view from the top affords spectacular views of the city.

The Hague is a city rich in nature. Westbroekpark, built in the 1920s, is the perfect place to play football or picnic on the grass, or you can take some time to roam the park’s famous rose garden.

There’s still plenty more to check out – take a peek at the other top sights and attractions in The Hague!

Book your tickets for top attractions in Den Haag 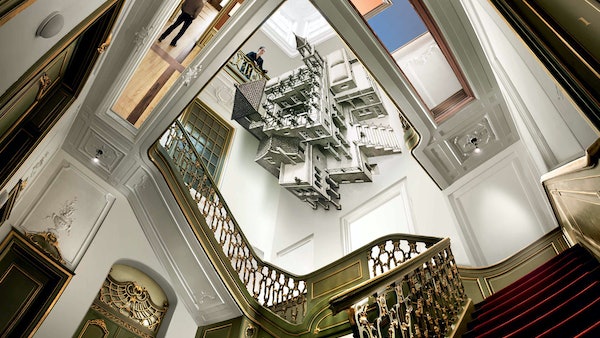 Escher in The Palace 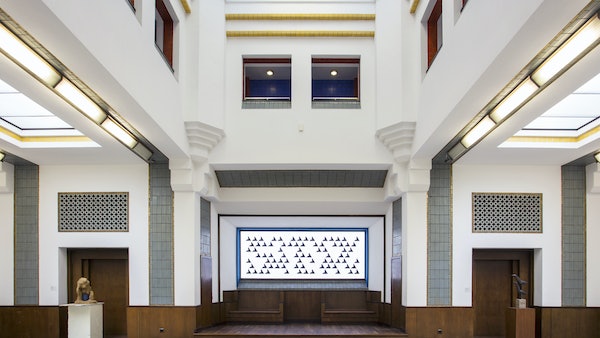 The Hague has certainly earned its reputation as the Netherlands’ royal city by the sea, with sprawling palaces, coastal views, and a rich histo...
Read more

7 day trips around the Netherlands

From Dutch windmills to Van Gogh’s former home, it’s easy to see the Netherlands’ most memorable attractions during your next visit ...
Read more

How to visit The Hague: tips for travellers

How to get to The Hague from anywhere in the Netherlands, Belgium, Germany and the UK – and where to stay once you’re here.
Read more

Seasonal highlights of The Hague

No matter the season in The Hague, there’s always something to do that the whole family can enjoy.
Read more

The best museums in The Hague

If one of your favourite things to do is wandering around museums checking out ancient artefacts and world-famous paintings, The Hague is the place fo...
Read more

The best outdoor activities in The Hague

Visit The Hague, where a picturesque medieval city centre and sprawling seashore provides the perfect opportunity to explore the great outdoors.
Read more

Seafood and restaurants in The Hague

The Hague is a diverse and vibrant city by the sea and is especially famous for its array of cafés and restaurants right on the water’s e...
Read more

One day in The Hague

If you’re taking a day trip to The Hague from Amsterdam, it can be difficult to narrow down exactly what to do in the city in just one day. Use ...
Read more

Where to eat in The Hague

As a truly international city, The Hague boasts an array of cafes and restaurants featuring Dutch specialities and dishes from around the world.
Read more

Visit The Hague's beaches and dunes

The Hague has superb beaches and dunes that stretch up and down the coast for as far as you can see. Take a dip in the water to leave you feeling fres...
Read more

History of The Hague

Discover the rich, royal history of The Hague, where kingdoms rose and fell, leaders were born, and art and culture flourished.
Read more

Royal sights in The Hague

Delve into the life and history of the Dutch Royal Family in The Hague, the political capital of the Netherlands and a city crammed with palaces, roya...
Read more

The Hague: a neighbourhood guide

Feel just like a local when you explore The Hague by getting to know its quaintest and quirkiest neighbourhoods.
Read more

Fun things to do in The Hague for families

If you’re visiting The Hague with children, there’s a host of things to see to help keep the kids entertained, including the chance to dis...
Read more

Shopping in The Hague